"An integrated, holistic approach to learning the beautiful game"

2009 - 2017 Tennis Professional at Notting Hill Harbour Club & Chelsea Harbour Club, London, UK. Two of the most exclusive indoor tennis centres in the UK/Europe. Coached global business people and the upper-class society including princes & princesses. Prepared two juniors over a 5-year period in 4 countries to compete on the European Tour. Ran weekly groups at all levels for Mini Red, Orange and Green Levels as well as Junior performance squads and a mens performance squad. I set up and oversaw the weekly social tennis program which became a huge success at Notting Hill Harbour Club.

2009 Director of Tennis, Paddington Recreation Ground, London. Ran a team of 12 coaches and a program that worked on 12 courts at Paddington plus 8 out-reach schools. Summer and Easter camps of up to 100 kids per day.

2007 - 2012 9 months in the Osho Ashram, Puna, India working with the Osho mediations and living and working in community. I coached tennis coaches to coach at the Ashram and studied with the founder of Zennis.

2000 - 2007 Founder and Managing Director of NKY Tennis Academy, Cheltenham, UK. Trained over 100 tennis coaches to become tennis coaches in the NKY methodology and worked with over 10,000 students. Worked from 3 different sites, Dean Close School, Balcarras School and Cleeve School all in Cheltenham.

1995 - 1999 De Montfort University, Bedford. 4 Years intensively studying sport and how to deliver it to the highest level. Dr. Margret Whitehead Ph.D. (head of faculty, De Montfort University, Bedford), was my mentor, she taught me something that stayed with me my whole teaching life. Before you can teach the second part the first part must be learned first. Teach one thing at a time properly, lay solid foundations the rest will follow in good time.

1993 -1996 Director of Tennis. St Bede’s International Summer School. Upper Dicker, Hailsham, East Sussex. UK. Lived in and worked as director of the Tennis Program for three summers. Working with over 50 nationalities and children from privileged backgrounds including princes and princesses.

1992 - 1993 Two summers working full-time as a Bunk Counsellor and Tennis Coach at Trails End Camp, Pennsylvania, USA. This started my teaching career where I met Graeme Moore my mentor and manger at the camp, still to this day one of the most influential people in my life and teaching career.

1999 Private 1 - to - 1 Tennis Coaching. Ibiza, Spain for 6 months. I decided I would move to Ibiza and teach tennis for a season. I found three tennis courts attached to hotels and the rest followed. I met some amazing people and felt so welcomed.

1989 - 1991 Head Coach at Quarry Bank Lawn Tennis Club, West Midlands. UK. Singles Club Champion. 1990 and 1991. This is the club I learnt to play tennis at. Still running today as a family club for all levels of players.

“Great work Neil you have been doing with the boys... keep up the good work.” This was in reference to me working with two boys who I coached 9 hours per week at Notting Hill Harbour Club in London. Nick would come to our club to coach a very rich Russian man. We would be coaching on the courts next to each other. He would come over after his session was finished, compliment my work and the boys playing standard. Probably one of the most influential tennis coaches still alive on the planet.

“Neil worked with our whole family and friends in London and Italy for seven years. It was amazing to work with Neil in his thoroughly professional capacity as a tennis professional and his unique yoga classes which were so much fun and deeply connecting.”

"Neil worked with our 30+ family members and friends for five years in Italy, Spain, Kenya & London. Our two boys worked with him nine hours per week, focusing on the specifics their bodies needed through his yoga teaching supporting their tennis journey. We recommend Neil without reservation."

“I worked with Neil for four years twice a week with his meditation and yoga classes and three times per week privately and in a group with his tennis teaching in London. Both processes had amazing results. His yoga classes had such a positive impact on my body and mind it changed me unquestionably for the better!”

"I worked with Neil as a tennis professional in London for 5 years on a weekly basis. Apart from his excellent tennis coaching and knowledge, he also helped me implement strategic change in my Loaf.com business setting up a co-coaching program amongst my staff. He also supported me to manage my mind better while feeling under a great deal of pressure with work and having a busy family life in London. He helped me a lot with managing my frustration and being taken on a roller coaster by my emotions.”

“Neil came to our home over a 5-year period and worked with our whole family and friends. He was an amazing coach and we became good friends. We recommend him without reservation.”

“Neil coached our two girls and son over 6 years on a weekly basis at our home and at East Glos Tennis Club, Cheltenham. His dedication and focus was secondary to none. We very much appreciated his depth of understanding and work he did with our children as a tennis pro.”

“Neil worked at our school in two capacities, he ran a very successful tennis academy called NKY Tennis Academy that all three of my children attended over 7 years, which they loved. He was also the director of Tennis in the Pre-prep, Prep and Senior school, overseeing all of the tennis programmes throughout the year. He radically changed the structure of coaching which stratosphered the development of tennis at Dean Close to National Level. The years Neil was at Dean Close were the most successful in the history of Dean Close tennis. His ability to lead and get the best out of people is without question. I recommend him unreservedly.” 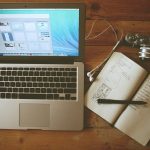